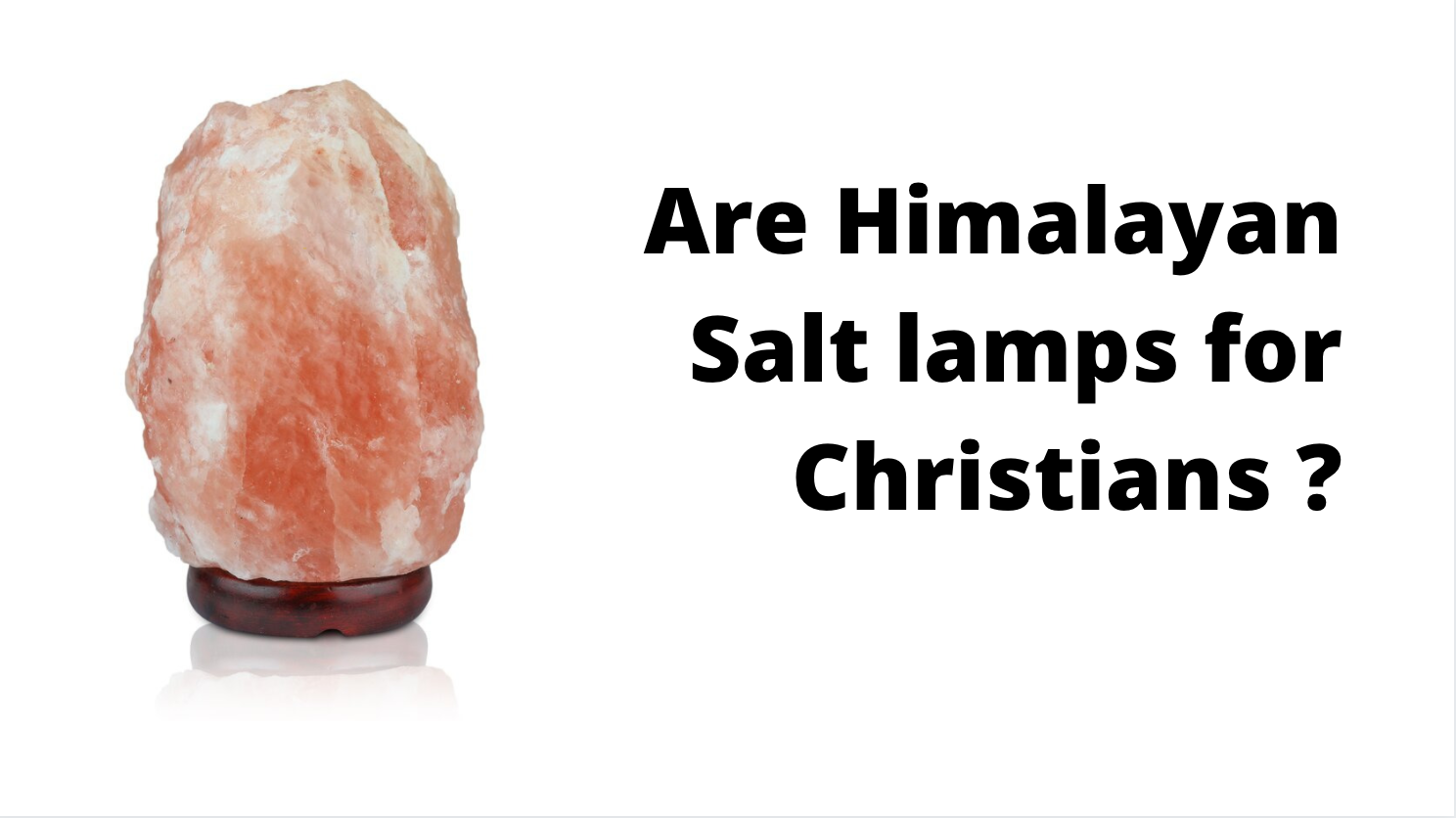 As the tendency for holistic health becomes the new norm, Himalayan salt lamps make their way into the homes of Christians all over the world.

These salt lamps are advertised to help with radiation that come from electronics and microwaves that can be harmful to you, as well as with your everyday health.

Although some may think that these lamps are not affiliated with the occult or the New Age, they are commonly used by New Age enthusiasts who believe heated salt crystals emit negative ions into the air that do all kinds of miraculous things for our health.

Is this even true?

“The ions emitted by activated salt are completely different from the negative air ions from clinically tested apparatus that produces superoxide, and which may act via enhanced blood oxygenation.”

In simpler words, even though salt lamps do emit some negative ions, it is not nearly enough to effect any change in the atmosphere – or your health.

So if from a scientific point of view, there is no proof to use these salt lamps, why are New-Age practitioners so fond of them? Moreover, why should Christians avoid them?

The New-Age is a system of beliefs that is largely based on superstition and the use of crystals or rocks as healing tools. The Himalayan salt lamps are approached in the same way. They are said to generate positive energy, make you feel more relaxed, happy, as well as raise your “energetic vibration”.

From a Christian perspective, any form of healing other than Jesus and what God provides in his natural creation is an occult practice. Moreover, the use of such an object can become a portal for demonic activity in your homes. Although the same salt lamps have been promoted as warding off “evil” spirits, they have been doing just the opposite.

One could argue that these lamps were made by God as they are made from natural Himalayan salt. The salt is indeed made by God, but turning it into an object that could potentially heal us from our “negative” vibrations leads us in a slippery slope, straight to the gates of the occult and dare I say hell.

Himalayan salt lamps are also commonly used by Feng Shui practitioners. They claim that salt lamps soak up positive energy, which explains why people feel “tired” after staying in a room with a salt lamp turned on.

There are countless stories on the internet about Christians whom have received these kinds of lamps as a gift and began to experience spiritual battles in their home shortly after. These salt lamps truly come with a spirit attached to them which should never be welcome into the home of Christians.

Himalayan salt lamps are part of occult objects that should have no place in the home of Christians.

If you own one, please get rid of it as soon as possible and sprinkle Holy water where it was placed. If you don’t want others to use this occult object, should they find it in the garbage, break it in two. Rebuke the spirit associated to it that may have entered your home with the lamp. If further issues persist, call a priest for assistance to cleanse your environment of the spirit.

I pray this article served you well.

Johanna – Hebrew for “God is Gracious”

I’m a former experienced New Ager, Yogi & spiritual nomad turned Christian after a moment of illumination in 2017. I created this website to help you differentiate between light & darkness and to answer questions about spiritual topics from a Catholic Christian worldview.